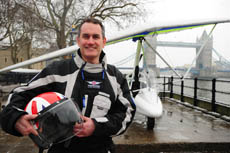 Last year at the Flying Show I met a chap called John Laity. John is one of the founders of Flying for Freedom which aims to train injured ex-servicemen how to fly flexwing microlights as part of their rehabilitation into civilian life. In addition, Flying for Freedom is launching an expedition to the South Pole. Their aim is to get a team of disabled pilots to fly to the pole and back. No mean feat.

The initial press launch was at the Tower of London at the end of Jan 2013 and the team got loads of press coverage. Digby Jones is one of the patrons of the project and he generously agreed to buy their first aircraft, a Quik R from P&M Aviation. Flying for Freedom itself isn’t a charity but is part of the umbrella charity Help for Heroes. 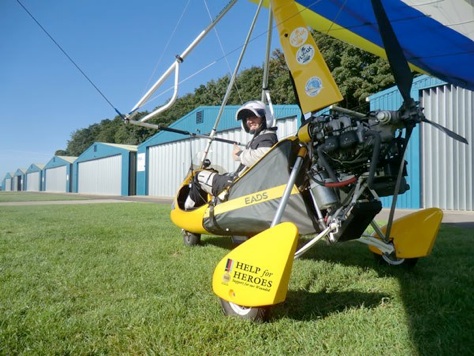 I had heard that the expedition was going to be called the British Antarctic Microlight Expedition – or BAME – and this was what I was keen to find out about. Microlights have come a long way in recent years but a flight to the South Pole would be a real test for even the most modern, proficient machines.
BAME is now a project within Flying for Freedom. Originally the expedition was going to be the team’s sole aim however Flying for Freedom has now grown and taken on a life of its own. FfF’s main aim now is to train injured ex-servicemen to fly and then hopefully to become flying instructors; helping them transition back into civilian life.
John and Major Jimmy Hendrickson ran a trial at Kemble to find suitable candidates for the training, their aim to find 6 pilots from 40 applicants to fly to the pole. 18 soldiers that turned up on the day flew so well that the team decided to keep on all 18 as trainee pilots. It became apparent to John and his colleagues that flying would become an excellent way of helping disabled soldiers recover from their injuries and hopefully then find a new career as a flying instructor. Although the Antarctic expedition is the most newsworthy part of the entire operation the flight training element has, in John’s eyes, become the most important.
Although the original plan was to take 6 pilots to the pole the pilots performed so well that the number was increased to 8. Also as part of the team will be Richard Meredith Hardy and Dave Sykes – of Episode 60 fame. RMH has a great deal of microlight experience having flown a flexwing over several of the world’s highest mountains including Everest.

The chosen aircraft for the expedition will be P&M’s PulsR which has a revolutionary semi-covered cockpit and a cowled in engine. The aircraft will also double as a tent when they land during the trip so that the pilot can also sit in the aircraft whilst eating or fitting legs. Somehow they’ll be rigging a tent like structure over the PulsR once the wing has been removed. 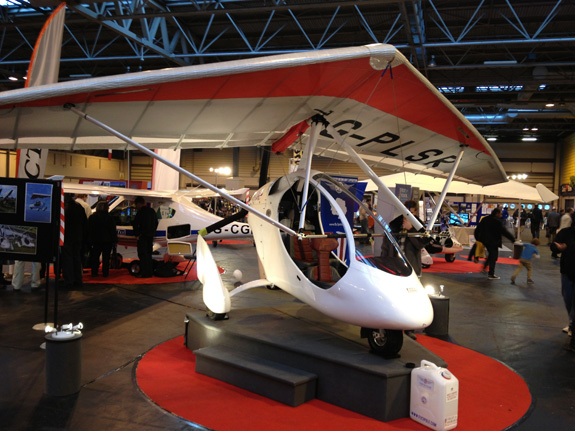 The microlights will have to be adapted, not only to take pilots with varying disabilities such as missing arms and legs but they’ll also need to be adapted to cope with the severe weather to be experienced on Antarctica. Not only do materials behave very strangely in extreme cold conditions but oil can freeze in the engine and fuel can have ice crystals form. None of which are beneficial to incident free flight. John says that they’ll be fitting skis to the PulsRs for landing on the snow. EADS, one of the main sponsors, will be helping the team ‘winterise’ the aircraft.
Apparently it’s not just the aircraft that will need adapting. It seems that computerised prosthetic legs don’t work too well in the cold either so those guys with false legs will need newer low-tech legs fitted for the trip.
The trip is now planned for the Antarctic summer of December 2014 and the team needs plenty of support, not least to buy all of the aircraft required. They’ll also need funding for the training trips to colder northern climes to test their kit and make sure the pilots can cope in the cold conditions. 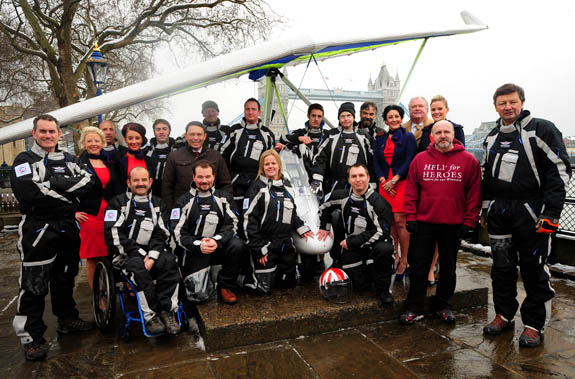