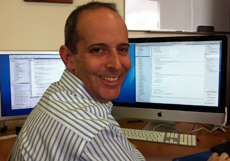 Like many of us aviation enthusiasts Cary developed his love of flying at a very early age and started flying light aircraft as soon as he possibly could. He quickly got his commercial rating and by the time he was 20 he was teaching at the same school in Florida where he learned to fly. He gained pretty much every rating you could and he then had to wait until he was 23 to gain his ATPL. His first commercial job was as a pilot with an air ambulance service flying Lear jets. Cary flew commercially from 1987 – 1998. Quite by chance, along the way, he’d met Dan Scharf whose company made a well known weight and balance calculator. They became good friends and Cary just happened to be flying with Dan one day when Dan suggested Cary get involved with his company, American Aeronautics. After a short period Cary bought out Dan’s company and he then retired from flying commercially. Cary has now been running American Aeronautics for 10 years.

With larger more complex aircraft the weight and balance calculations are getting much more involved. Cary talked about aircraft with swept wings, for example, where the fuel doesn’t have one specific arm measurements. He recalled that the Airbus A330 even had fuel in its horizontal stabilizer. But no matter the complexity and whether you’re dealing with a 747 or a Cessna 172, the calculation is always the same: weight x arm = moment. 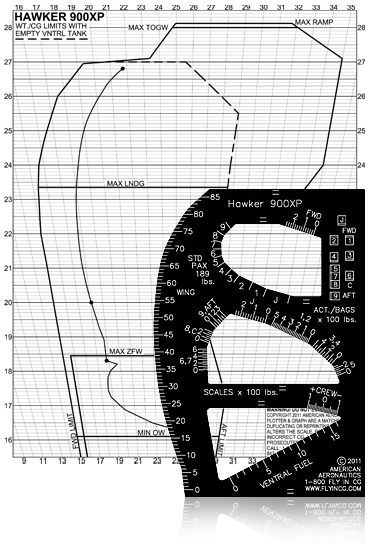 Moving on to the company that Cary owns, American Aeronautics, I asked how things have progressed over the years. Initially they produced an aluminium plotter that pilots could use to draw the loading values on to a piece of pre-printed graph paper. This product was known as the Fly in CG plotter and it had become a staple item in the market. With his eye on the developments in the world of computers Cary produced an online version of the product which did exactly the same job as the physical plotter. Following the success of this version, and with the advent of the iPad, Cary then went on to develop a stand alone version for this platform. More and more pilots are using iPads and it’s particularly suited to the American Aeronautics product. 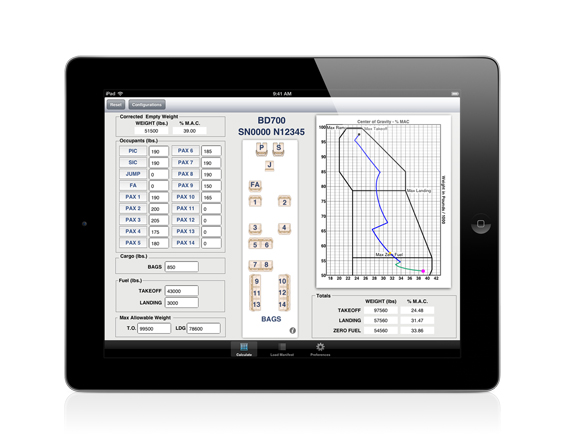 The weight and balance calculators are made for pretty much every aeroplane that’s ever been produced. And, according to Cary, if they don’t have your aircraft in their vast library, they produce one specifically for your aeroplane. I didn’t realize this, but each and every aircraft has its own specific weight and balance data. This can be due to varying interior layouts or indeed any other modification during an aircraft’s life. With this in mind American Aeronautics produces each version of its iFly Weight and Balance software specifically for an individual aircraft serial number. They could produce their product for single engine piston aircraft, and in fact they have, however Cary says that their main market for the iPad version is in the corporate environment. They have recently created a version of iFly weight & Balance for a corporate configured Airbus so you can see that it is used by operators of some fairly large aircraft.
Not only do they create the initial program for a specific aircraft but Cary says that they will then update the software to cope with changes to the aircraft whether that be to the galley, seating, equipment, manuals carried, etc.

The iPad software has a very graphical representation of your aircraft’s layout making it simpler for the pilot or operator to fill in the data. This means that it makes it less likely for the person inputting to make a mistake and it makes it quicker to carry out the calculation.
I had a play around with the sample version that can be downloaded from iTunes and you can see the actual loading graph build as you load up the plane – a fascinating exercise. If you go out of balance the graph immediately highlights that you are loading outside of the CofG envelope. Search for iFly Weight and Balance in the iTunes Store.
Although the iPad doesn’t need to have internet connectivity to operate within the cockpit it does have the facility to email or save the weight and balance calculation to prove, after the event, that the computation was indeed carried out.
A great piece of kit; ‘Simple solutions to complex problems’, as Cary describes it.

You can find out more about Cary and his company at www.flyincg.com

After we’d finished talking about weight and balance, Cary, and I, continued chatting about our flying experiences. Always great to talk aviation!