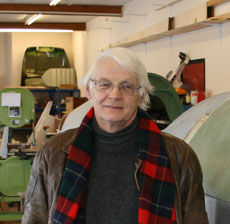 For today’s episode I travelled down to Derby Aero Club to meet Martin Jones. Martin is the owner of the airfield and is also proprietor of Airspeed Aviation. My reason for the visit though was to have a chat to Martin about the restoration project that he’s undertaking. His labour of love is a 1934 de Havilland Comet DH88 – G-ACSP – a so called Comet Racer. The aircraft was originally built by de Havilland for the England to Australia, ‘MacRobertson’ Air Race.

Ken Fern of Ken Fern Aircraft Restorations first brought the aircraft to Martin’s attention and he felt duty bound to restore it. Ken is still actively involved in the restoration.

There were only 5 of this type of aircraft ever built and there is only one other, Grosvenor House, now in existence at the Shuttleworth Collection. 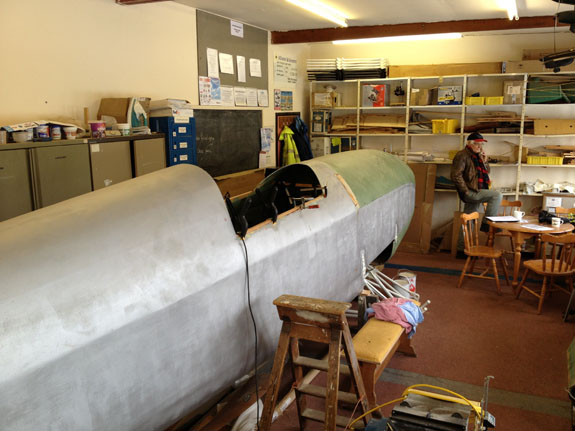 The first of the aircraft to fly was registered G-ACSP, named “Black Magic”, and was bought and flown by Amy Johnson and her husband specifically for this race.
Black Magic was the first of a great new generation of British aircraft that flew with all three of the now commonplace technical features;
– Retractable undercarriage
– Variable pitch propellers
– Flaps

The winning Comet made the trip to Australia in 3 days but, sadly, Black Magic only got as far as India before encountering problems necessitating its return to the UK.

When Martin came by the aircraft there wasn’t too much left. A fire had pretty much destroyed the wings and it had been sat outside in Portugal for 40 years. So the task facing Martin and his team of volunteers was monumental.
Luckily they still have the drawings so every component can be remanufactured from scratch as required.
Although still under the auspices of the CAA, Martin hopes, and anticipates that the LAA will take control of the project even though it is a fairly large, powerful aircraft and also a twin. Martin is incidentally an LAA inspector too. 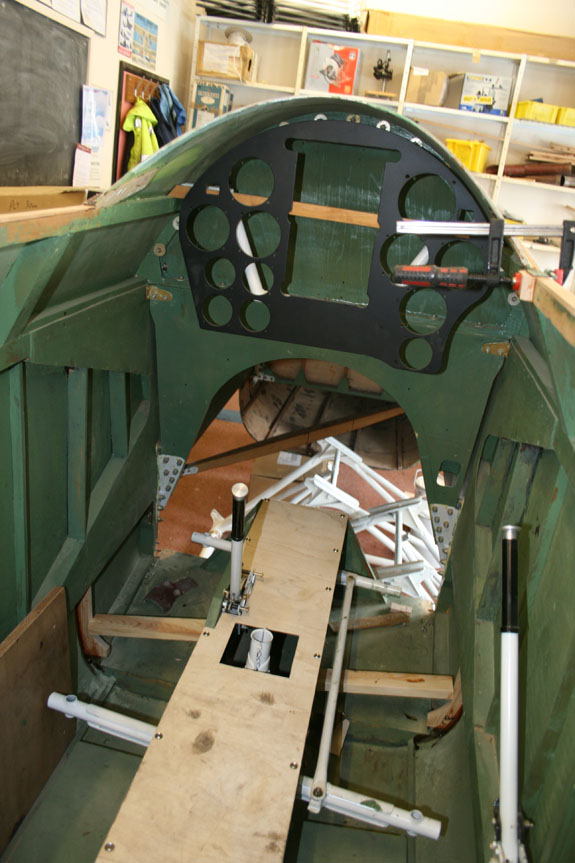 A vast amount of help and cash is needed to realise the dream of seeing Black Magic getting back into the air once again. Anyone who is interested in the project would be most welcome to get in touch with Martin with offers of assistance.
Anyone interested in visiting the airfield should also drop Martin an email or call him up to arrange to go and take a look at the Comet.

With a following wind, Martin hopes to get the aircraft airworthy by 2014 to coincide with the 80th anniversary of the original flight.
At the time of us speaking the fuselage has been almost completed. The undercarriage and engine mounts are well under way and the engines themselves are ready for refurbishment. The original engines would have been race specific Gypsy 6Rs but Martin will be using a couple of Gypsy Queen 30s enabling them to use a fully feathering prop.
The team are now concentrating on building the wings made from high quality sitka spruce sourced from Canada.

Martin’s son, Paul, will be taking the controls for the first flight with Martin as a passenger in the rear, tandem seat. When complete, Martin says that he expects to get 200knots out of the aircraft with a range of 3000 miles, a testament to the team and also to de Havilland’s original design.

If you’d like to keep up to date with progress of the project you can find out what’s happening at:
www.cometracer.co.uk