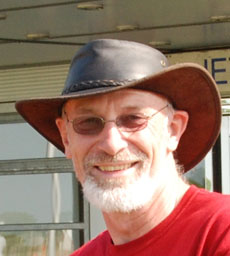 David Bremner, Chairman of the BMAA

Having missed Dave Bremner at the Flying Show a few weeks ago, I eventually caught up with him.
We all know what great strides microlighting has made in the last few years and what relatively cheap fun it provides for thousands of aviators but today I wanted to find out more about what the governing body gets up to. So who better to speak to than one of the bigger cheeses at the British Microlight Aircraft Assoc.

David has just been re-elected Chairman of the BMAA and has a wealth of aviation experience.
I started by asking Dave to tell us exactly what the BMAA is and basically they offer the following services:

For those of you not familiar with the definition of a microlight the BMAA web site has the following info:

The BMAA is tasked with overseeing the world of microlights by the CAA. I asked Dave whether their main aim was to make flying as cheap as possible. He said that cost was only a part of what they do but is an important element.
According to their web site the BMAA’s aims are to further the sport of microlight aviation, keep flying costs down to a minimum for its members and to represent them in national and international matters relating to their sport.

The association also carry out flight testing and certification of new aircraft whether they be factory or home-built. The testing is an entire process, according to Dave, from looking at the initial designs and calculations, overseeing load testing right through to the actual flight tests for the aircraft.

NPPL licences for microlight pilots are also processed by the BMAA acting on behalf of the CAA.

I asked Dave why someone should join the BMAA.
Initially Dave said that the magazine was the most obvious benefit. Not only is it a good read but its also a good avenue for disseminating vital information including matters relating to the law.
They organise the Round Britain Rally, The Flying Show at the NEC each year and they also oversee the issuing of permits to fly for microlights and more cheaply than if you went direct to the CAA.
One thing that Dave forgot to mention was that they support the highly successful British Microlight Team both in the UK and in international competitions.

One thing that I’ve wondered for a long time is why the weight limit was set at 450kg for a 2 seat microlight. Dave explained that although there is always pressure to increase the limit it is there to keep the max stall speed down. That means that if someone has an accident chances are that the aircraft will be flying more slowly thus limiting the damage to occupants.

We moved on to the issues facing aviation over the next 4 to 5 years. Dave said that microlighting currently falls outside of the new EASA legislation being classified as Annex 2 aircraft. Dave doesn’t see this position changing for the foreseeable future primarily because each country has its own very different legislative framework.
With regards to the BMAA’s relationship with the CAA, Dave sees that responsibility will continue to devolved downwards over the next few years. In fact the CAA will be formalising its relationship with the BMAA in the near future, something that surprisingly has never existed before.

Dave believes that the format of microlighting is mature and the definitions won’t be changing too much over the near future. He says that they will have to make the market more exciting, for example, by encouraging manufacturers to bring out new models on a regular basis. This might be achieved by allowing manufacturers to bring out new aircraft but with greatly reduced certification costs.
Dave thinks that the judge is still out regarding the advent of European LSAs but he thinks that microlights are not under too much of a threat due to the weight of legislation that falls upon LSAs as opposed to microlights which can be owner serviced etc. with a greater degree of independence. The single seat microlight and foot-launched market, which suffers an even lighter legislative burden could be the breeding ground for new experimiental designs with low cost production.
Electric aircraft are also an exciting proposition within this deregulated market especially if the weight of the battery ever becomes classified as fuel.

If you’d like to know more about the BMAA have a look at their web site: