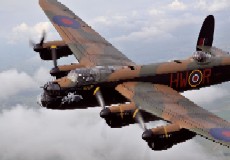 In addition to these famous few, they have quite a collection of Spits and Hurricanes plus a Dakota and a couple of Chipmunks.
To begin with I talked to Yvonne Masters, the BBMF PR Officer, and my first question for Yvonne was when and why was the Battle of Britain Memorial Flight formed. Yvonne explained that the Flight was formed as the Historic Flight in 1957. Their motto is ‘Lest We Forget’ and their remit is to be “a ‘museum without walls’ and a ‘living and breathing tribute’ to those who paid the ultimate sacrifice”.
The Flight’s display season is from April to September each year and they aim to do as many displays and fly pasts as possible. They maintain the aircraft and plan their displays during the winter months so they are always busy. 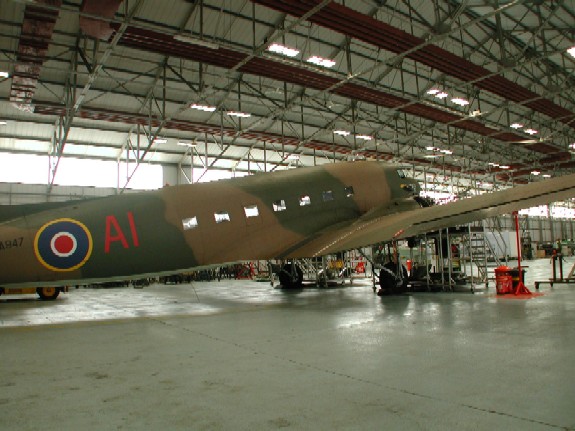 The BBMF is funded by government as part of the RAF but the public can support the Flight by joining the Lincolnshire Lancaster Association.
www.lancaster-association.co.uk
The public can of course come down and visit the museum down at Coningsby and take a tour of the hangar with a volunteer guide for a small fee.

After speaking to Yvonne I wandered in to the Battle of Britain Memorial Flight hangar. There I met Flight Sergeant Dick Chaffey MBE, one of the engineers that keep these fabulous warbirds in the air. Down either side of this massive hangar are sat the Spitfires and Hurricanes with the Dakota dominating the space at one end. The Lancaster was sadly out over Europe at the time but there was still plenty to look at and talk about. It is quite a sort after posting to be working on the collection here at Coningsby so I asked Dick how he came to be working on the Flight’s aircraft. 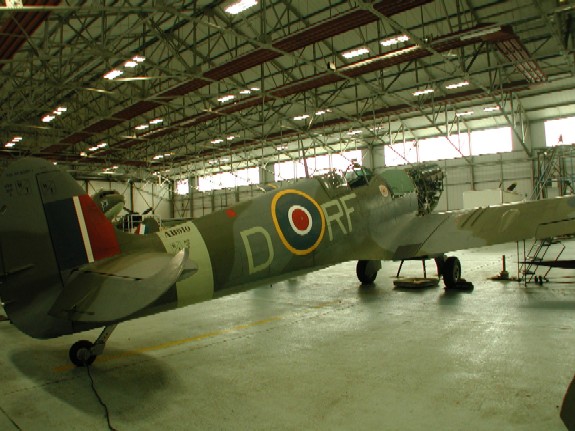 Dick told me how he had wanted to work on the Joint Strike Fighter but, due to medical problems, he ended up working on the Flight’s warbirds. He describes the issues they have in training new recruits, many of whom have no experience of working on piston engines or tinkering with anything mechanical in the past.

Dick says that all but one of the 12 aircraft are currently airworthy. Only the MkXV1 Spitfire is currently being restored to airworthy condition enabling them to field 6 Spitfires for the display season.
It was fascinating to hear why each aircraft was in its own specific colour scheme. The Battle of Britain Memorial Flight try to pick relevant schemes dependant on the history of the plane or to honour a particular pilot. 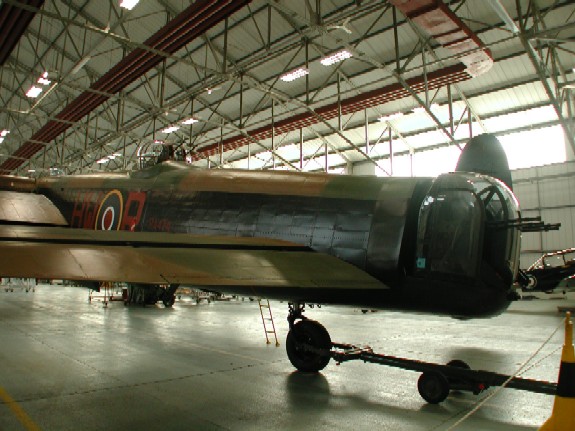 The Chipmunks are used as training aircraft as the volunteer pilots may not have had any experience flying tail-draggers with the RAF.
Dick took me on a guided tour of all of the fighters before we climbed up into the Dakota for a look around. It was interesting to find pencil graffiti on the walls of the aircraft where trainee parachutists had scribbled notes whilst on training missions over Canada. The Dakota was brought to the Flight as a training aircraft for pilots being groomed as Lancaster pilots but now the aircraft is an attraction in its own right. The inside of the Dakota has been restored to its original D-Day parachute drop layout with bench seats up either side of the fuselage and it was a rare treat to be able to sit in the cockpit of such a historic aircraft. 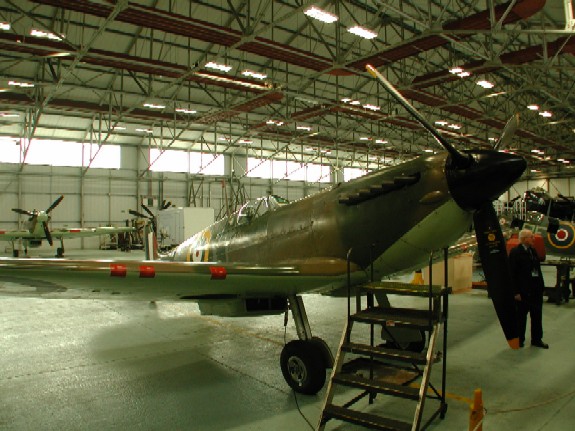 Back out on to the shop floor so to speak, I met with Corporal Mark Kirkpatrick also know as KP. KP is another engineer with the Flight and, unusually, he’s on his second term looking after the aircraft here. Mark gave me a short review of his career. Having served on Harriers at Cottesmore he ended up back at Coningsby, working on the BBMF aircraft, and is really loving the jobâ€¦ as you’d expect. Having been interrupted by a MkX1X Spitfire starting up we moved to a nearby corridor to discuss the difference between maintaining piston warbirds and Typhoons for example.

If you have any interest in military aviation then you really should pay the BBMF a visit. The visitor centre is excellent, you can go on a tour of the hangar with a volunteer guide and you can get really quite close to the aircraft.
For details of the BBMF museum, aircraft, display dates and staff, check out the web site at:

www.raf.mod.uk/bbmf
Do check out the site and maybe even give them a call prior to your visit just to make sure everything is going to be open and the aircraft you’d like to see will be on-site and not away on a display.
To complete your day you can sometimes see the Battle of Britain Memorial Flight aircraft taking off or landing and, as an added bonus, you can watch the RAF Coningsby Typhoons and Tornados coming and going on training sorties too.