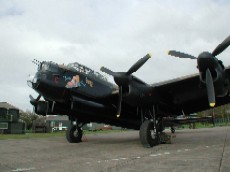 The Lincolnshire Aviation Heritage Centre was set up by Fred and Harold Panton as a Bomber Command memorial and as a tribute to their eldest brother Christopher Whitton Panton who was shot down and killed, flying in a Halifax, on a bombing raid over Nuremberg in March 1944.
The brothers initially wanted to buy a Halifax as the memorial aircraft but were unable to find one. Instead they decided to buy a Lancaster and they identified one particular aircraft that they were interested in. Eventually when NX611 came up for sale it was purchased by the brothers and brought to their disused airfield at East Kirkby. It was suggested by the public that they should make the Lancaster into an exhibit and Lincolnshire Aviation Heritage Centre was opened in 1988. 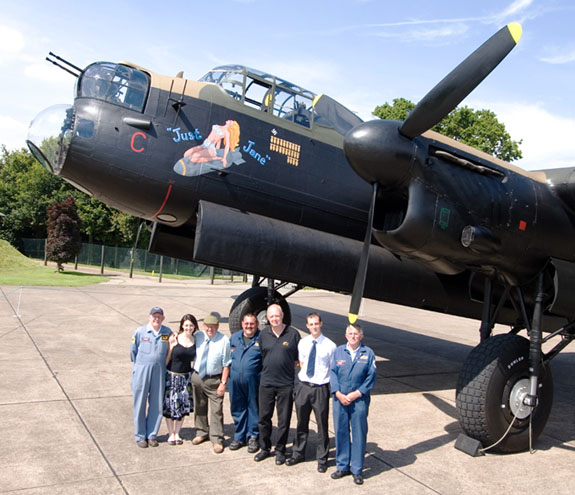 The Lancaster, “Just Jane”, was built by Austin Motors, at Longbridge near Birmingham, in April 1945. She was one of the first 150 B Mk VII Avro Lancasters destined as part of the RAF’s Tiger Force in the Far East. However, following Japan’s early surrender, these aircraft never saw active service. In April 1952 she was bought by the French Government and she flew for the French Naval Air Arm. Then after a brief time flying in New Caledonia, the French presented her to the Historical Aircraft Preservation Society. The aircraft eventually arrived back in the UK in May, 1965. Following a programme of refurbishment the aircraft was eventually brought back to a condition where she could be taxied. 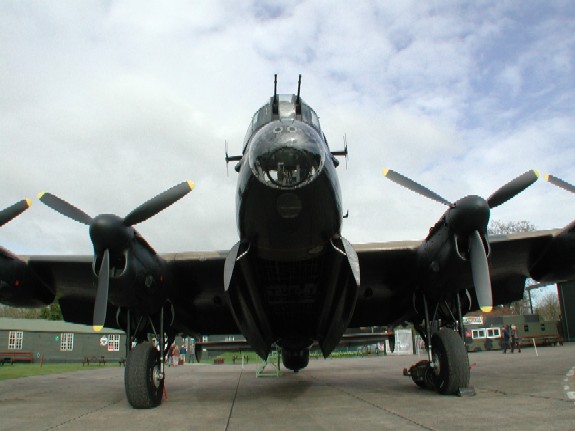 We had a walk-round tour of NX611 and it is an incredible experience. It’s hard to comprehend what it must have been like to have flown in a bomber at night in sub-zero temperatures with little or no lighting, deafening noise and all this whilst being shot at. Even harder to comprehend is how the crew might have escaped an aircraft that had been damaged and was spiraling towards the earth, quite probably on fire. The interior of the Lanc was not designed with ease of movement in mind as you can hear from my moans and groans in the podcast. 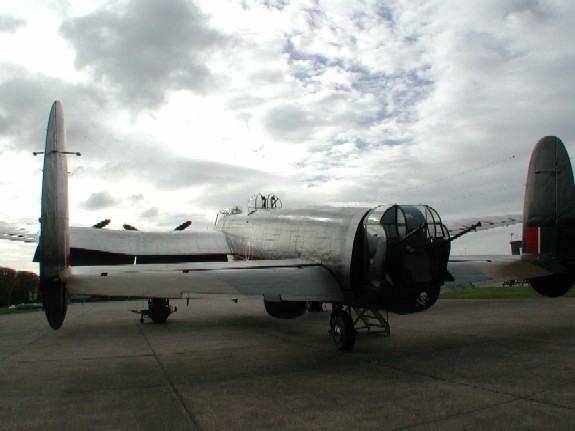 Andrew described how they were sourcing parts for the Lancaster with a view to possibly bringing her back to airworthy condition. They have several spare engines and undercarriages and have lined up the engineers capable of restoring the aircraft. If you do get the chance to have a look around Just Jane, I strongly recommend that you take it. Even better if you can go on the taxi ride. The noise of the 4 Merlins is incredible. Well worth the trip just for that. 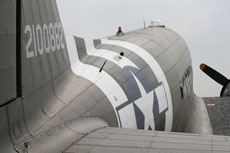 After finishing the chat with Andrew I met Paddy Green. Paddy is the owner of East Kirkby’s resident Dakota and was on hand to watch her take a group of visitors on a taxi ride. Paddy described the reason for his purchase of the aircraft and how he and a crew managed to bring her back to the UK from Arizona.
The route they took covered 5500 miles and included: Tuscon â€“ Great Falls â€“ Saskatoon â€“ Churchill â€“ Iqualuit â€“ Greenland â€“ Wick â€“ Liverpool.
Total flying time was 34.5 Hours.
Paddy actually sought out a Dakota with an illustrious history and this aircraft certainly fits the bill. The nick name of the aircraft is ‘Drag em Oot’ and this reflects its glider snatch recovery ops after D-Day. The plan was to bring back the gliders used on D-Day to re-use in later operations. Quite how they managed to do this without killing themselves is hard to believe but apparently they used a system of bungy ropes and arrester hooks to pick the gliders out of a field in France.

The Dakota / C47A history:
December 1943 to September 1944 – C47A Skytrain USAAF Serial Number 42-100882 Having been delivered to the USAAF in December 1943 the aircraft was flown to the UK in February 1944 where she served with 87th Troop Carrier Squadron, Greenham Common and was used to tow assault gliders on Operation Elmira on D Day. 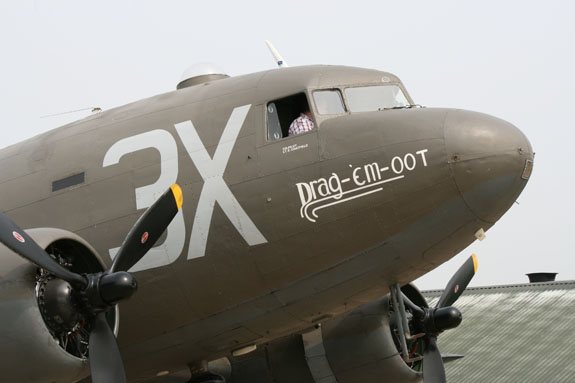 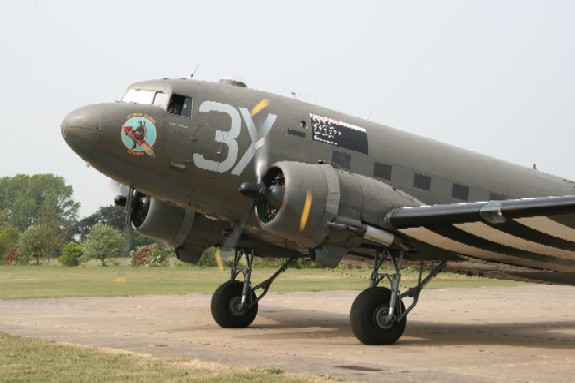 N473DC from 2006 Aircraft now restored to 87th Squadron, USAAF, D-Day colours Winter 2005/6.
The aircraft is still fully airworthy but with a fuel consumption of 350 litres per hour Paddy has decided to take a year off from flying. The aircraft is now used just for taxi rides at East Kirkby and it’s well worth coming down for the experience. 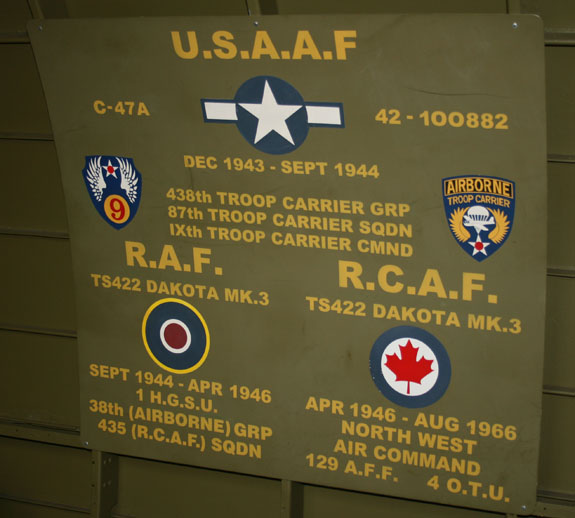 For more information on the museum check out their web site: www.lincsaviation.co.uk