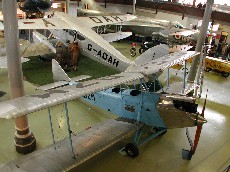 Originally built in the late 1800’s the Air & Space Museum opened in this Victorian market hall in 1983 alongside the Museum of Science & Industry. 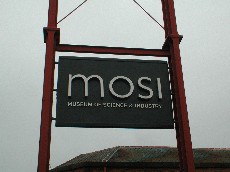 The Museum has been commemorating the centenary of the Avro Aircraft Company set up by AlliotÂ  and Humphrey Verdon Roe in 1909.
In April 2010 they are also commemorating the first London to Manchester flight sponsored by the Daily Mail. A Frenchman, Louis Paulhan, won the competition, landing in a field near Burnage railway station, beating Englishman Claude Graham-White.

– Avro Triplane
The first aircraft we looked at was the replica 1909 Roe Triplane, also known as the Avro Triplane.
The first all-British aircraft to fly – flying 900 feet at an average 20 feet off the ground on July 23 1909 – was built by a group of volunteer aeronautical engineers based at the museum.
Unlike the Wright Brothers who studied all aspects of aeronautics and aerodynamics before building their first plane, the Europeans, Avro included, built the aircraft first and then worked out how to fly it.
The original Roe Triplane had a 9HP JAP motorcycle engine with foldable wings to aid transportation. 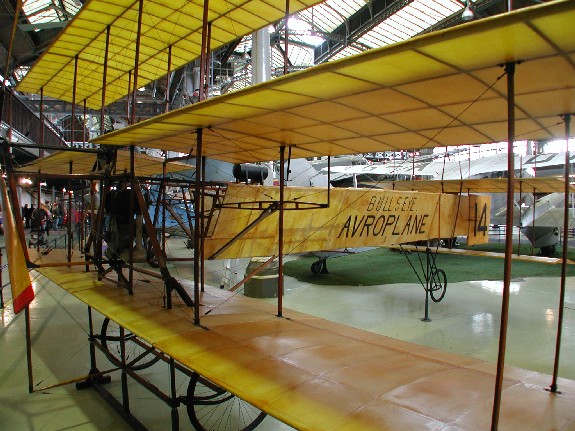 Many elements of the plane’s construction came from Roe’s knowledge of bicycle manufacture including the undercarriage and bracing wires.
The museum is also building another replica triplane with a view to actually flying it.
They did try and fly it in 2009 but following the failure of that attempt are re-working the aircraft with up-rated engine and power-train with a view to having another attempt at flight in 2010. 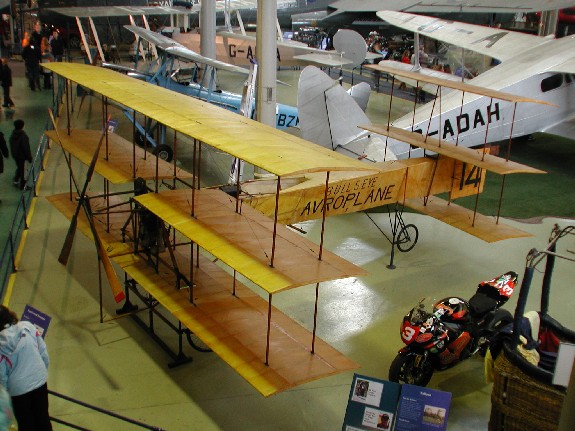 – Avro 504K
The Avro 504 was a World War I biplane aircraft. The most-produced aircraft of any kind that served in World War I. Probably more than 10,000 were built including a version built under license in Russia.
It had a top speed of 80mph and was used as a reconnaissance aircraft and subsequently a bomber, fighter and trainer aircraft.
The aircraft was ordered by the RAF after WW1 with a much more powerful air cooled Gnome rotary engine. Nick explained the problem resulting from the use of a total loss lubrication system and from using castor oil which was an efficient laxative. 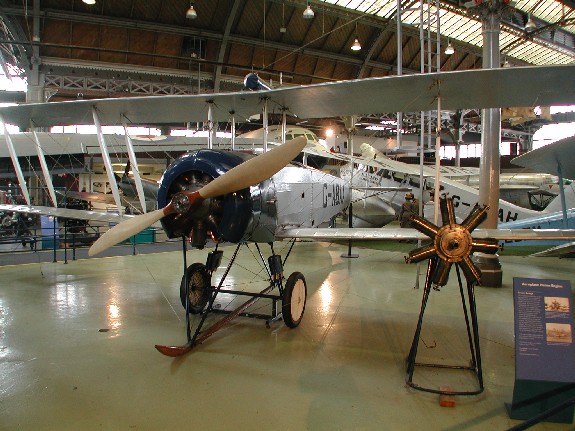 The loss of market for aircraft, and the amount of surplus ex-RAF aircraft available lead to Avro branching out into many other sorts of manufacture including billiard tables, rocking horse and dolls houses. Shaky finances resulted in Avro being taken over by Crossley Motors in 1921 and the company used Avro to build car bodies. 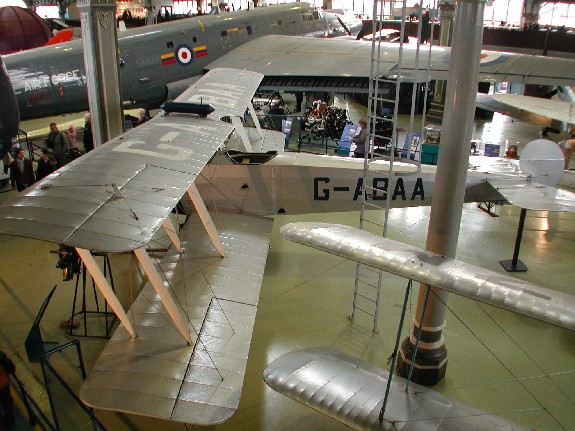 With the revitalisation of the aviation market – by 1928 the RAF were ordering new trainers and training schools were springing up – Avro began production of the Avro Avian.

– Avro 594 Avian
Designed by Roy Chadwick the Avian was a direct competitor of the De Havilland Tiger Moth.
This particular aircraft was owned by Lady Mary Heath one of the most prominent early women aviators. She flew this Avian at the French Light Aircraft Trials at Orly in
September 1928 and took fourth place. 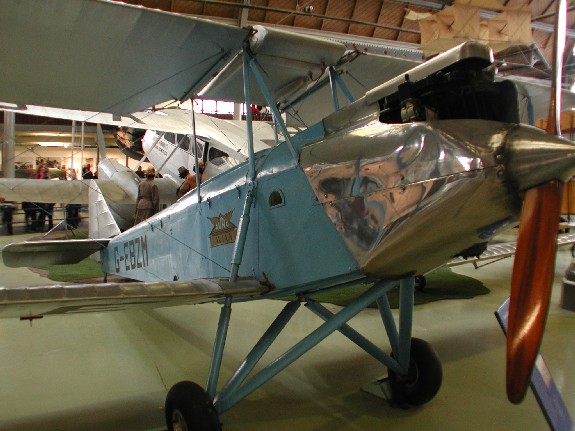 The Avian IIIA registered as `G-EBZM’ was built in 1928. It was delivered to Merseyside
Aero and Sports Limited in February 1929 and based at the Hooton Park Airfield, near
Ellesmere Port.
In 1928 Crossley Motors themselves were getting into financial difficulties and they sold their Avro shares to Armstrong Siddeley. A. V Roe, incidentally, had left Avro in the late 1920’s and subsequently went on to work with Saunders on the Isle of White to found Saunders Roe Aircraft.
Avro themselves went on the build the likes of the Avro Anson and Avro Manchester prior to WWII. 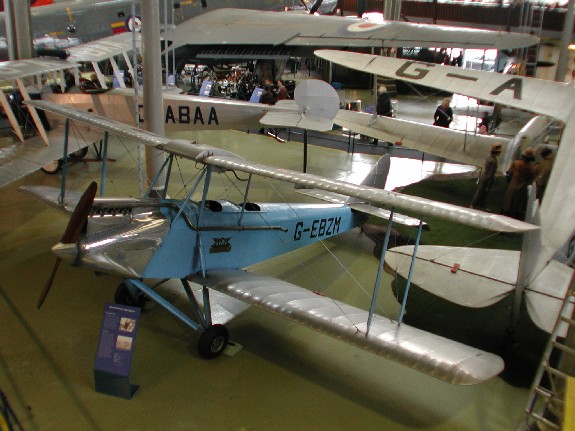 – Avro 707
In addition to the nose section of an Avro Vulcan, the Museum of Science and Industry have an Avro 707. The Avro 707 was a British experimental aircraft built to test the aerodynamics of the proposed delta wing configuration chosen for the Avro jet bomber, later named the Vulcan. It was a â…“-scale version of the Vulcan and was so successful, and easy to fly, that the side-by-side trainer version was never put into production. 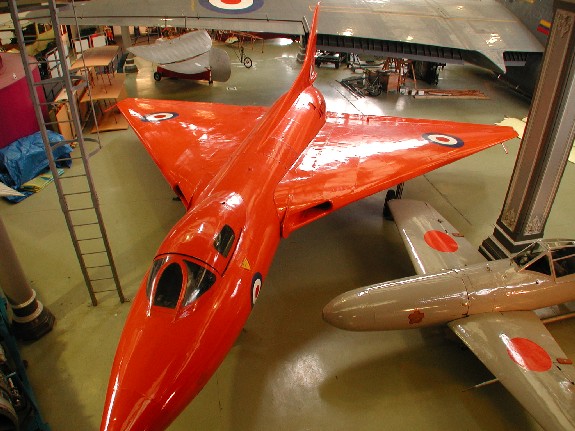 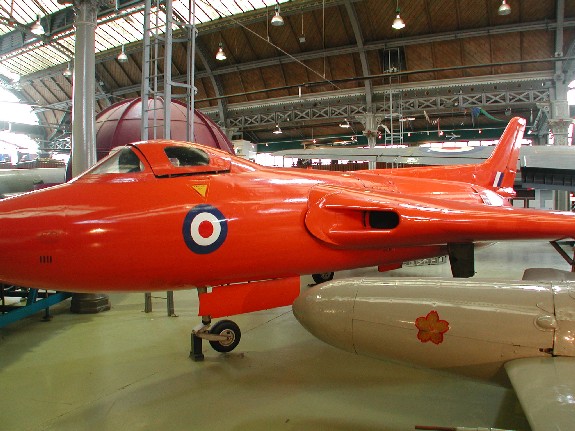 – Avro Shackleton 696
The Shackleton was a British long-range maritime patrol aircraft, built for use by the Royal Air Force. It could fly for up to 24 hours without refuelling.
The aircraft was designed by Roy Chadwick as the Avro Type 696 and was built at Woodford, near Stockport.
WR960 is named ‘Dougall’ after the Magic Roundabout children’s programme. The first tail wheel Shackleton’s bouncy landing characteristics lead to the first aircraft being named ‘Zebedee’, hence the Magic Roundabout theme. 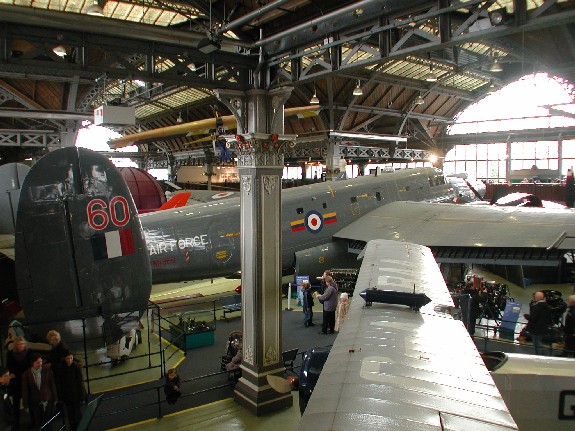 It was developed by Avro from the Avro Lincoln bomber, itself a derivative of the successful wartime Lancaster heavy bomber, utilising a new fuselage.
The engines were Rolls-Royce Griffons with contra-rotating propellors which produced a distinctive noise, contributing to the high-tone deafness of the pilots. 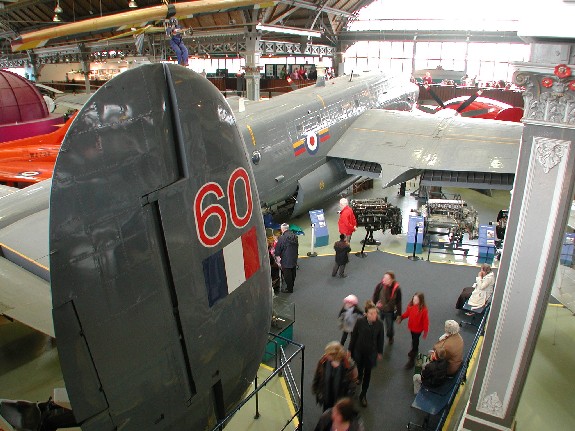 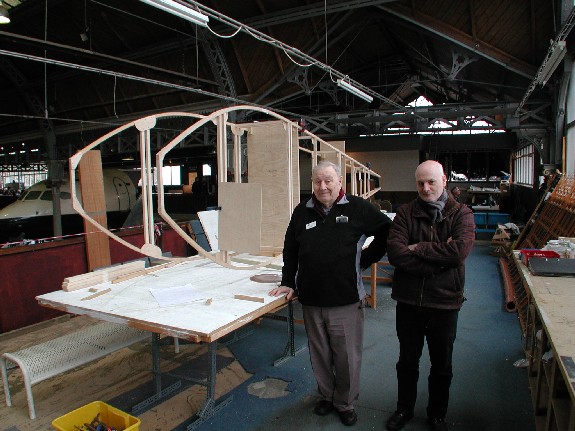 This replica is of a 1912 Avro Type F. The engine was a 35HP Viale and was fairly underpowered for the task.
As Peter Teagle, a volunteer at the Museum of Science and Industry, describes, the pilot had to drop into the cockpit via a trap-door on the top of the aircraft. The frame for the aircraft is built of ash and they will hopefully power the aircraft with the original engine that they hope to get from the Science Museum in London. This old engine has been in 4 aircraft prior to the F Type replica. 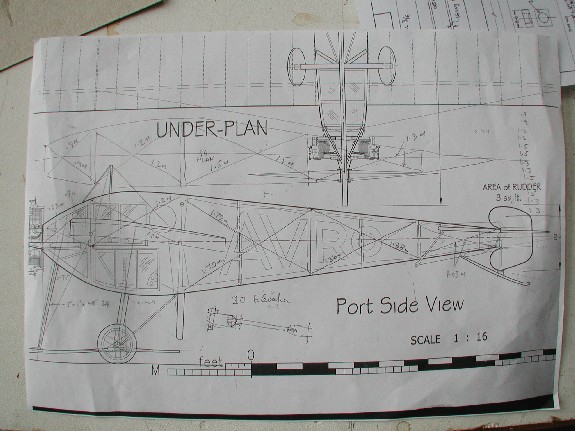 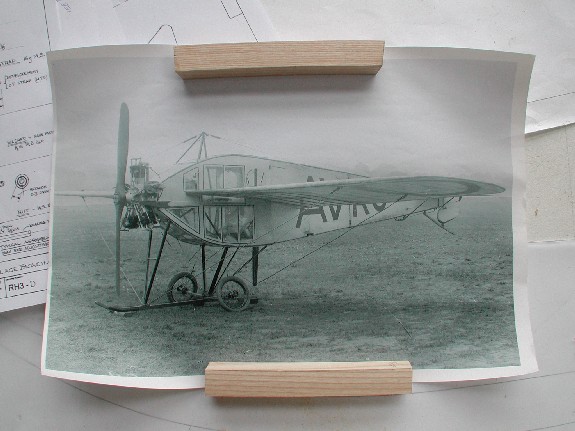 At time of recording this episode of Flying Podcast the wings were complete, although not yet covered with a modern heat-shrink fabric. The fuselage still needs to be finished.

At the end of the podcast, Peter tells us an interesting story of how he came to be responsible for the research into the design of the ATP tail fin.

If you’d like more information about the Museum of Science and Industry, Manchester, their web address is:

The air & space collection is well worth a visit but there’s a whole lot more to look at if you are interested in our industrial heritage.