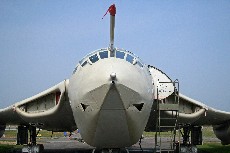 Obviously, my first question then, was why did he want to own a Victor. It seems that, like me, he was very impressed by seeing the UK’s V-bombers in action when he was a young lad visiting air shows but for him the Victor was his favourite. As Andre says, the aircraft was totally unique in its design and really ahead of its time. Having fallen in love with the aircraft he took the opportunity to buy one, by sealed tender, in 1993.
This aircraft, XL231, was built by Handley Page at Radlett in Hertfordshire and was delivered into service in 1962. 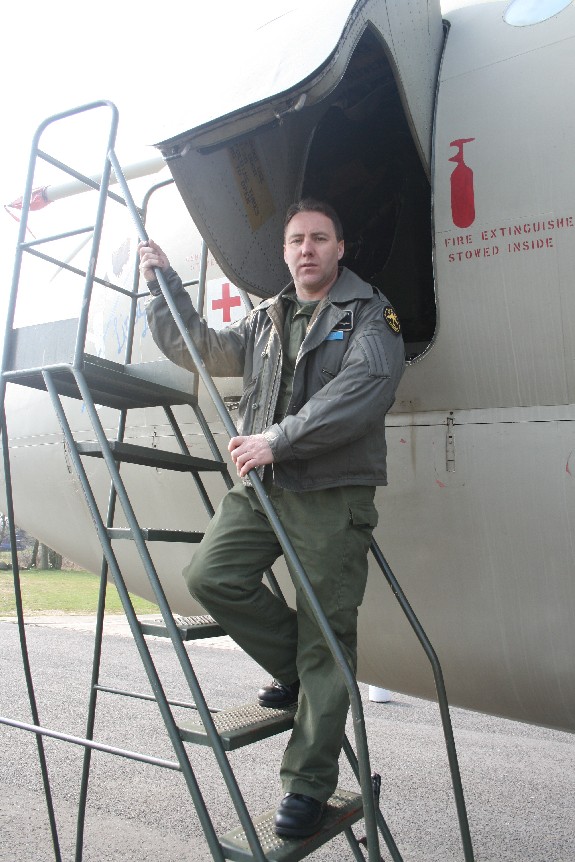 Having bought the aircraft, the RAF delivered the Victor from RAF Marham to Elvington Airfield in Yorkshire, where Lusty Lindy now resides. Andre jokes that any warranty on the aircraft expired immediately after change of ownership and the delivery crew even took the chocks away with them when they left.
Having originally been part of the UK’s nuclear V-bomber force along with the Vulcan and the Valiant, this Victor had eventually been converted to tanker use, as K2 prototype, at Woodford in 1972.
In 1977 XL231 was returned to the RAF and it joined No57 Sqn at RAF Marham in Norfolk in time to be put on static display at RAF Finningley for Her Majesty The Queen’s Silver Jubilee Review.
The aircraft saw active service overseas in both the Falklands conflict and the first Gulf war. 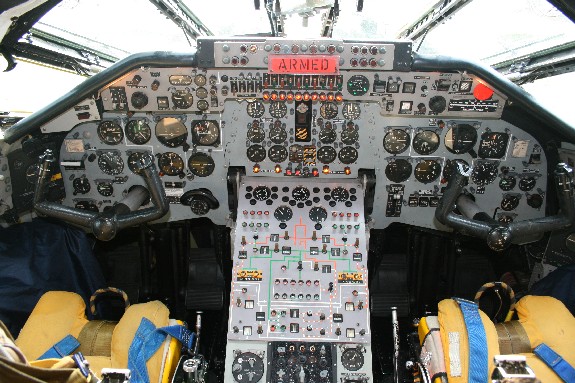 As the Victor K2 tankers reached their fatigue limits, at only 6500 flying hours, they were pensioned off, with only 3 going into private hands.
As mentioned, Andre keeps the aircraft in as near flying condition as possible and it’s based at the Yorkshire Air Museum, Elvington, near York.
Andre and his team of dedicated volunteers spend much of their spare time maintaining the aircraft. They run the engines up every 28 days and they do taxi runs, down the enormous Elvington runway, less frequently. They do actually prepare the aircraft for these taxi runs as if it was going to fly, says Andre. So you can see that he and his team are truly dedicated to keeping XL231 in tip-top condition.
As we sat inside the cramped cockpit doing the interview, Andre said that keeping the aircraft in its current condition isn’t vastly expensive but the taxi runs do consume enormous amounts of fuel so he’s always looking for sponsorship to help cover costs. 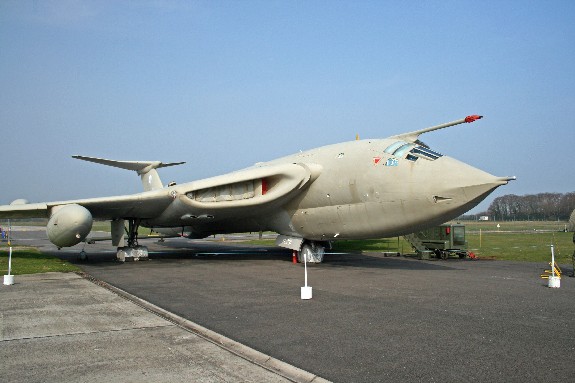 After our chat in the cockpit we had a quick walk around the aircraft and Andre pointed out some of the key points that made the Victor unique.

It is a really imposing and, even now, a futuristic looking aircraft. It does look quite menacing in line with its proposed mission in life. The aircraft was built by Handley Page and the design team headed by Godfrey Lee however, as Andre pointed out some of the design ideas came from the Germans with their plans having been ceased after WWII.

Andre hasn’t confined himself to the maintenance of Lusty Lindy at Elvington. He has been instrumental in the restoration of several of the other aircraft on-site such as the Fairey Gannet, the Buccaneer, the Hurricane replica and the Spitfire replica. He was also involved in repainting the Douglas DC3 at Yorks Air Museum.

If you have an interest in the Victor or its tanker ops you should read Vulcan 607 which detailed operation Black Buck, Britain’s bombing raid on Port Stanley Airfield during the Falklands War of 1982.

The book is fascinating on so many levels. It shows, I think, how we British may not do things well in terms of planning or budgeting but we do perform brilliantly under pressure.

The story of how the tanker fleet was brought back, virtually from the scrap yard, is amazing. And on the other hand, the bravery of the tanker and bomber crews who flew the mission is inspiring.

To follow Andre and his Victor you should either find him on Twitter or read his blog:
http://victorxl231.blogspot.co.uk/