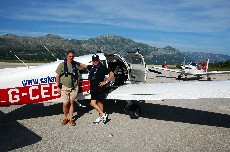 Dr David Cohen flew a diesel powered PA-28 to Israel from the UK. In an interview with David he recounts some of his experiences on the journey to and from Israel.
An interesting insight into some of the possible problems that can be encountered on a long flight plus some amusing anecdotes thrown in.

As part of a charity fund-raising rally, Dr David Cohen flew a PA28 to Israel. The money raised was ear-marked for a disabled home in Israel.
David and his team rented a diesel powered PA28 from Cabair at Elstree. 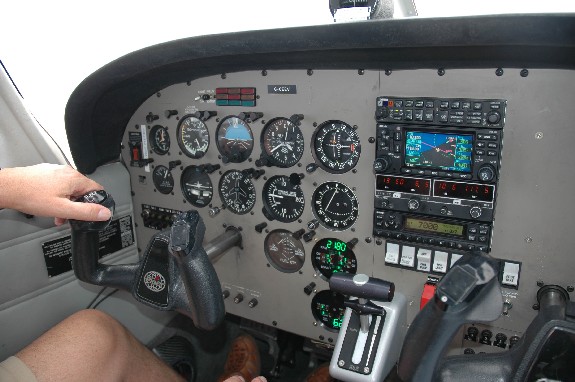 He could have chosen to fly in the avgas powered PA-28 that he has a part share in but the cost of fule and duration of that aircraft ruled it out.
The diesel aircraft uses Jet A1 fuel which costs a fraction of 100LL avgas. So much was the difference in cost that the saving actually covered the cost of hiring the plane.
Also the ability of the diesel powered aircraft to fly for up to 7 hours without refuelling made it ideal for long trips over water. 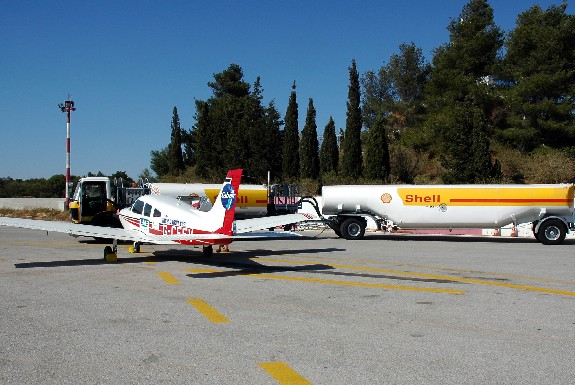 G-CEEV being refuelled with Jet A1

David’s flight started at Elstree and there were a total of 8 legs on the way to their final destination at Ben-Gurion Airport in Israel.
The overnight stops on the way down were: Corsica, Corfu, Kos and Cyprus. 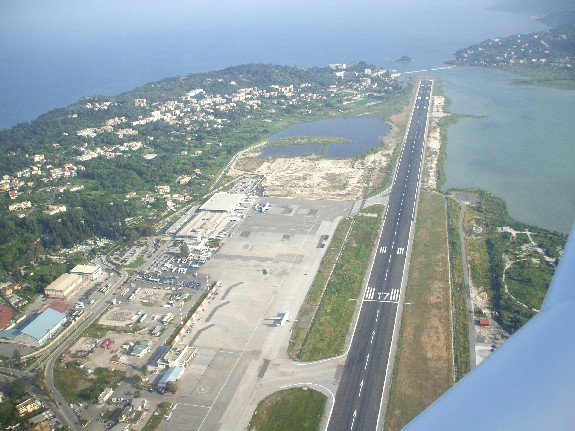 Corfu Airport prior to landing

David describes the types of equipment they took along, problems with ATC and weather along the way. Interestingly they had several issues picking up various ground stations along the way, except for Ben-Gurion Approach who they managed to contact from over 180 miles out over the Mediterranean!
A very interesting story and a great achievement.